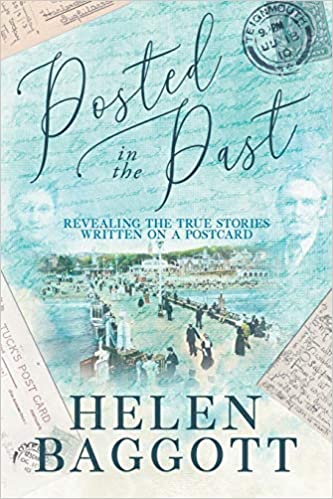 “POSTED IN THE PAST”

A 10-year-old servant working for a laundress in 19th-century Bath, the man who helped keep the doors to Great Ormond Street Hospital open for more than 30 years, a soldier killed in the First World War – all connected by messages sent using the first real social media phenomenon of the 20th century.

Your Presenter:
Helen is a freelance editor and writer. She particularly enjoys social history and local history and has written for magazines including Who Do You Think You Are?, Picture Postcard Monthly, Dorset Life and The Card Scene. Her most recent project is researching the stories behind postcards sent more than 100 years ago.