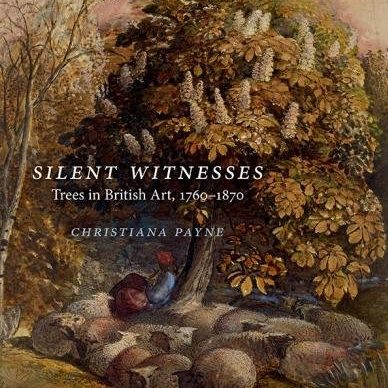 In the eighteenth and nineteenth centuries, naturalists, poets and artists were united in their love of trees. William Gilpin began his influential Remarks on Forest Scenery (1791) with the bold statement that ‘It is no exaggerated praise to call a tree the grandest, and most beautiful of all the productions of the earth.’

Illustrated books and tree portraits celebrated the beauty, antiquity and diversity of individual, and particularly ancient specimens.  A wide range of drawing manuals showed artists and amateurs how to express their ‘character’ and ‘anatomy’, as if they were human subjects. Paintings of woodland scenes provided welcome relief from city life, and studies of exotic trees reflected the growth of tourism and empire. The arrival of new species from all over the world aroused much excitement and scientific activity. At the same time, the native trees – oak, ash, beech, elm – acquired new resonance as emblems of the rural countryside.

Many of Britain’s most important landscape painters, including Paul Sandby, John Constable, Samuel Palmer, Edward Lear, and the Pre-Raphaelites, made themselves experts in the drawing and painting of trees.

Christiana Payne is Professor of History of Art at Oxford Brookes University, where she has been teaching since 1994.  Her previous books include Where the Sea Meets the Land: Artists on the Coast in Nineteenth-Century Britain (Sansom and Company, 2007) and John Brett, Pre-Raphaelite Landscape Painter (Yale University Press, 2010). She has curated major exhibitions and displays at the Yale Center for British Art, Tate Britain, and the Royal West of England Academy, Bristol.

There are no upcoming events at this time.