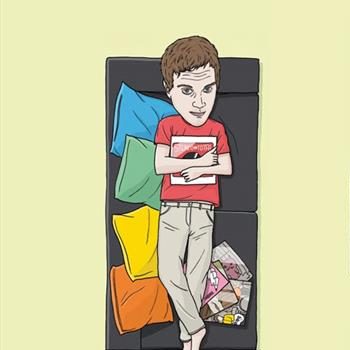 Writer and theatre maker John Osborne returns to the stage, this time with his Edinburgh sell-out show John Peel’s Shed.

A storytelling show about radio, music and a whole heap of records. In 2002 John won a competition on John Peel’s BBC Radio show; his prize was a box of records that took eight years to listen. His show is an ode to radio and those records, many of which are rare recordings by obscure and now defunct bands.

The show was broadcast on BBC Radio 4 and has performed at Glastonbury, Soho Theatre and across the country. It is an absolute favourite on the rural touring scene.

“I could have listened for hours” ***** The Independent