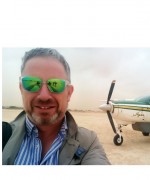 Synopsis:
The 2008 War in Georgia, the Russian Invasion. Clive was commanding the UN Observer force as a seconded British Army Officer for the duration of the conflict. He was the only Senior International Officer present on the ground during the Russian invasion. He was arrested by the Russian forces during the initial phase of the war, though continued operations throughout.

Your Presenter:
A former British Army Officer (Lt Col), Clive is able to speak on a variety of specific subjects. He has a unique insight into this conflict, the lessons of which were NOT learned by western governments, resulting in the subsequent Crimean and Ukrainian conflicts.

Visitors very welcome for a fee of £1